Gradam Uí Shúilleabháin celebrates not only excellence in Irish language writing, but also in the high standards that publishers throughout Ireland produce throughout the year.

Every year publishers of Irish language books from all around the country submit their work for this highly esteemed award. Following stiff competition, six books were selected for this year’s shortlist:

I dTír Strainséartha published by Leabhar Breac, the second in the trilogy of novels by Liam Mac Cóil set in Ireland and in Europe during the perilous years following the Flight of the Earls 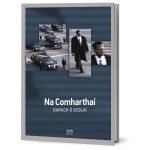 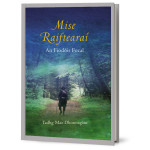 Mise Raiftearaí an Fíodóir Focal by Tadhg Mac Dhonnagáin, published by Futa Fata, the first cradle to grave biography of Antaine Ó Raiftearaí, the son of a weaver who lost his eyesight while still a child, a fiddler who spent his life wandering around County Galway, and a poet who fearlessly spoke out on behalf of a downtrodden community 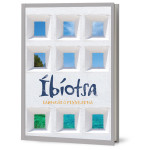 Ibíotsa (Cois Life), short stories which seek to reveal a side to the island in a world outside the all-inclusive holiday resorts by Labhrás Ó Finneadha 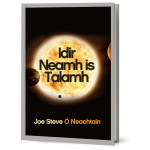 Idir Neamh is Talamh (Cló Iar-Chonnacht), a collection of stories by Joe Steve Ó Neachtain which explores the wonder of youth, the bitterness of old age, the white-hot blaze of love 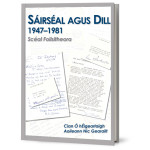 Sáirséal agus Dill 1947-1981: Scéal Foilsitheora (Cló-Iar Chonnacht), a book which gives a fascinating look into the writers, but also into Irish literature, the history of publishing, commerce, industry and the political life of Ireland by Cian Ó hÉigeartaigh and Aoileann Nic Gearailt.

“Year after year, the high standard of the applicants for Gradam Uí Shúilleabháín surprises us, and 2015 is no exception,” said Liam Ó Maolaodha, director of Oireachtas na Gaeilge. “There are many exceptional writers in the Irish language, and this award gives us the opportunity to celebrate both the writers and the publishers. It gives us great pleasure to support this worthwhile competition,” he said.

The winners of Gradam Uí Shúilleabhain, as well as the winners of the Oireachtas Literary Competitions will be announced at a special event at Oireachtas na Samhna in Citywest Hotel on the 28 October 2015. There is a prizefund of €4,000 for the publisher, and €3,000 for the author of the winning book for adults.

An tOireachtas is funded by Foras na Gaeilge.