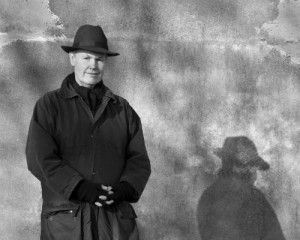 Applications are invited from Munster-resident poets (with at least one collection published and no more than two) who would like to be mentored by James Harpur while working towards their next collection. The successful candidate will meet the mentor for six sessions. The first five two-hour sessions will be devoted to assessing batches of poems building towards your next book. The sixth session will be devoted to the overall shape of your manuscript. Mentoring sessions can take place at the Munster Literature Centre or at a location mutually agreeable to the Mentor & Mentee.

The first mentoring meeting will be arranged for October 2015. Five further meetings will occur at approximately two-monthly intervals with the last session taking place in September 2016

Submit a PDF or word document consisting of 10 poems from your manuscript in progress, a literary cv and a note outlining how you believe you could benefit from this opportunity to Patrick Cotter, Artistic Director, The Munster Literature Centre at munsterlit@eircom.net. Deadline: September 7th 2015.

All eligible applications will be forwarded to James Harpur who will be the sole selector of the successful candidate. Candidates should not canvass James Harpur directly.

The deadline for this mentorship opportunity has now passed. We will be announcing the mentees in due course. 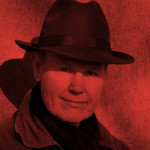 James Harpur has had five books of poetry published by Anvil Press, including his latest, Angels and Harvesters (2012), which is a Poetry Book Society Recommendation. The Dark Age (2007) won the 2009 Michael Hartnett Award. Other prizes and bursaries include the 1995 British National Poetry Competition, two Arts Council of Ireland Bursaries, a Society of Authors Bursary, an Eric Gregory Award, and a Hawthornden Fellowship. His poems have been published in national newspapers such as The Irish Times, the Guardian and the Independent and broadcast on national radio, including RTE 1 and BBC Radio 4. He has been included in many anthologies, such as The Forward Book of Poetry (Faber 2001), Staying Alive(Bloodaxe 2008), and The Best of Irish Poetry (Southword Editions 2009).

He has conducted workshops at the Arvon Foundation, Lancaster University, Galway University, and at many other venues and locations in Ireland and the UK. He has also mentored and tutored published and beginner poets. He lives in West Cork, Ireland, and is a member of Aosdána.

More information about him and links to his work can be found at http://www.jamesharpur.com/