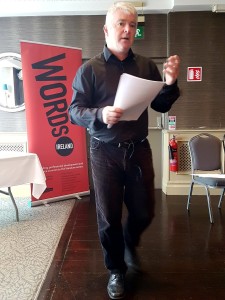 Book publicist Peter O’Connell guides writers through the process of preparing for a book launch. Find out what to expect from your publisher/publicist and what you can do in addition to boost your book’s exposure. As well as increasing sales, the launch of your book is an opportunity to put yourself forward as a professional writer to a number of potential employers – literary editors, festival directors, creative writing schools, universities, and more. Peter will take you step by step through the publicity process and prepare you for your next launch.

With over a decade of experience devising and delivering successful media and promotion campaigns in Ireland, Peter O’Connell is well known to all national, regional and local media. Peter deals regularly with major shows such as the Late Late Show, Today With Pat Kenny, The Last Word and The Right Hook. He has promoted works by the former Taoiseach, Garret FitzGerald; Minister for Arts, Michael D Higgins; as well as books by high profile correspondents such as Lara Marlowe and Eileen Battersby.